The Global Refugee Forum - Opportunity to Walk the Talk

“No one wants to leave home unless home has the mouth of a shark.”- Syrian refugee. 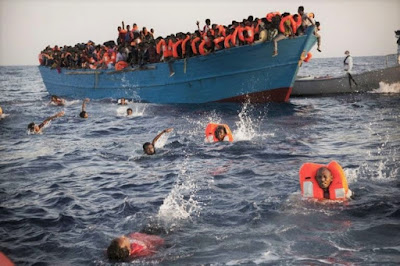 The Global Refugee Crisis is getting worse by day. Only last week 58 people lost their lives as they drowned off the coast of Mauritania whilst making dangerous journeys searching for safety and better lives. It wasn’t that long since we had the Essex Lorry tragedy in the UK, where 39 people died tragically. According to IOM, 929 people died from January – September 2019 whilst attempting to cross the Mediterranean and reach Europe. Despite all the tragic news and challenges, people are still risking their lives and making treacherous journeys.

The Rohingya Refugee crisis is among the worst crises of our time. The world has seen an unprecedented refugee and migrant crisis in Central and South America. The Refugee camps in many African countries are struggling to cope. In simple words, the Global Refugee Crisis is worse today than it was years ago. According to the UNHCR nearly 26 Million refugees are stranded in camps across the world, most of whom are hosted in Global South.

The persecution of people for their religion, race, political opinions, sexual orientation and other reasons and their forced displacement from their homes continues. People searching for homes and safety around the world. It is disheartening and deeply troubling to see fellow humans denied the right to home and decent life.

‪As the International Community gathers in Geneva for the Global Refugee Forum from 17-18 December, leaders should go beyond the usual rhetoric. We have had many assemblies, conferences, summits, forums, workshops and seminars. We have had many unfulfilled promises. What we now need is action. Do what you say and show us that you mean what you say. We need practical leadership from the international community. Especially leaders in the Global North have to show leadership and deliver on their promises. I also hope that there will be refugee leaders taking part at the Global Refugee Forum who will be willing and able to share their helpful contributions and policy ideas. It is vital to use lived experiences as we look for a lasting solution to the challenges we are faced with. It is more than high time to share the burden; say we are all in this together; and have a clear strategic direction with deliverables. We have to work in the sense of urgency. In fact, it is more than high time to roll our sleeves and Walk the Talk.

I am proud of my home country Ethiopia which is hosting around 940,000 refugees and also for adopting a refugee law in early 2019, which is believed to be very progressive and ambitious refugee law and one of the best in Africa. I am also proud of the United Kingdom for its efforts to resettle 20,000 Syrian refugees through the Vulnerable Persons Resettlement Scheme (VPRS) and 3000 children and their families through the Vulnerable Children’s Resettlement Scheme (VCRS) by 2020. Also encouraged by the introduction and growth of the Community Sponsorship scheme; and also the most recent extension of VPRS by one year and Community Sponsorship being in addition. This shows where there is a will, there is a way.

Hence the message to the international community is clear. Let us do the right thing today and help refugees stranded in camps around the world. Let us work in unison to help refugees to recover from traumatic experiences they go through and achieve their dreams, hopes and aspirations. With coordinated efforts around the world to resettle refugees, let us bring the dawn of hope to the most vulnerable people of our generation.