Ethiopia goes to polls in August – hoping it gets it right 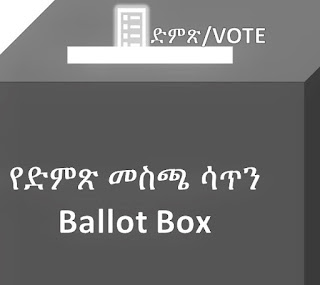 As I was in Ethiopia during the May 2005 election, I was one of the many hopefuls that thought democracy; tolerance and the rule of law were about to prevail in my home country. I was one of those very hopeful folks, who thought change was coming and Ethiopia was changing for the better.  My experience and learning in different parts of the country during the pre-election era in 2005 gave me hopes. The pre-election era was interesting, reasonably democratic, of course with some tolerable exceptions. As I had the opportunity to travel around the country in those days, I was able to talk to many people about the changes, hopes and the long road to democracy. That period was one of the most interesting in Ethiopia’s General Election history.

Post-Election Ethiopia was totally different. Killings, beatings, arbitrary detentions, all sort of miseries. The determination of the tyrannical regime to cling to power at any cost diverted the road to democracy and triggered the June 2005 protests that cost the lives of many innocent Ethiopians. The same stubbornness by the then regime resulted in the October/November 2005 massacre. In addition to the massacres, thousands were jailed, many people were forced to leave their homes and many others went on exile.

Ever since, all the elections were fake, undemocratic and questionable. It was all about how many percent of the vote the ruling party (EPRDF) would get, 98%, 99% or 100%. Totally shambolic.

As Ethiopia goes to polls in August 2020, there is a lot to expect. One thing for sure there will be winners and losers and it all depends on how we react to the wins and losses. If we ever think, it is now or never, then we have already lost the argument before even going to the polls. There could be disappointments when we are not able to mange our expectations. If the election is free and fair, that is a big deal on its own. That matters equally as the results. But if we are determined to see only the results that we want to see and anything else is unacceptable, then we have a problem. We have to remember election is not an end by itself and our wins or losses at an election wouldn’t mean the triumph or shortcoming of democracy. We need to hang on and work to change the course towards a stronger and more informed participation and strengthen the democratic process so that democratic elections become habits and that the next generation takes those democratic elections and principles for granted.

Managing expectation – it is more than important to manage expectations. Both prospective candidates, their parties, supporters and the wider electorates need to manage their expectations. They should at times be ready for disappointments, but ready to deal with it with grace, accept the results, move on and come back in the future, if they wish so. Hence vital to be ready for everything and avoid unwanted and unintended consequences.

I have hopes that all parties and candidates will be able to manage their expectations and act responsibly. I also have fears that some may not be able to contain their angers because of the challenges of managing their egos. Hence vital to know that going into election is part of a democratic journey, not an end by itself.

The role of Media - The media, be it video, voice, print, online or offline, they all have roles to play. Social media like Facebook, Twitter and YouTube have big impact and significant roles to play. Hence vital to work on media accountability and professionalism in the run up to the general election and beyond. There should be credible sources of information that can avail timely information to avoid misinformation, disinformation and fake news. Facts and reliable data need to be available on time. Credible fact checkers need to be supported. People have to ask for the sources of information and check their credibility. There will be lots of opinion pieces and analyses based on individual perceptions and views. Hence, we need to cultivate the habit of asking for the sources of information every now and then and differentiate between news and opinions.

It takes us all to see the 2020 Ethiopian General Election succeed and exceed expectations of the usual and unusual suspects. Remember we all have stakes and cannot be silent on this important and momentous moment. Let us build democratic culture together and be voices of reasons.