GERD is Ethiopia’s and Africa’s - NOT Trump’s - stay away Mr. President 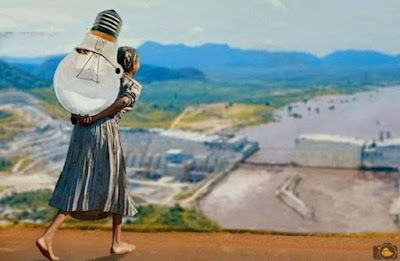 The Trump administration has been meddling in the internal affairs of many countries for a while, but it has now gone beyond the red line by inciting violence on a sovereign country - Ethiopia.

On the day Trump was boasting about being a peace maker and deal broker, following the Sudan- Israel normalisation process, he made a gross mistake and made utterly disgraceful comment suggesting that ‘Egypt could blow Ethiopia’s dam’. The president is egocentric and desperate for attention. In so doing, he doesn’t care what his actions and rhetoric could bring on others.

His reckless and totally irresponsible comment about Ethiopia and its flagship project, the Grand Ethiopian Renaissance Dam, is unacceptable and extremely dangerous.  In his infamous comment whilst speaking to the leaders of Sudan and Israel, the president brought unrelated item for conversation. He said, “Ethiopia broke the deal which they should not have done. That was a big mistake and we've stopped payment to them.  … They will never see that money unless they adhere to the agreement. They built the dam which stops water from flowing into the Nile and you can't blame Egypt for being a little bit upset. Right? … I had a deal done and then they broke the deal, and they can't do that. They can't do that. So the deal was done and it's a very dangerous situation because Egypt is not going to be able to live that way and they'll end up blowing up the dam and I said it, they say it loud and clear, they blow up that dam.” and he then asked the Prime Minister of Sudan to talk to Ethiopia and said the following about Egypt, “I'm telling Egypt the same thing. By the way they could have stopped it. They should have stopped it long before it was started. I said how do you let it get built and then you say they have a dam?”

When it comes to GERD, Ethiopians do not need lecture from anybody. Ethiopians have paid their money to get the dam to where it is. No foreign pressure will stop it.

Trump administration hands off Ethiopia. #GERD is an African dam and will have an African solution. #ItsMyDam pic.twitter.com/CgQxbeTlKN

The president might bow down to pressure from the historical enemies of Ethiopia, but should not expect Ethiopia to bow down. The president may not know that Ethiopia is a sovereign country with proud history. Someone tell this president that Ethiopia was never colonised and that it defeated all the aggressors that tried their chances. Someone give lecture to this president about the Adwa victory and all the previous and subsequent victories over aggressors. Yes, someone advise this president to study history and mind his own business. Ethiopia is not and will not be a remotely controlled country. Ethiopia has a right for a fair use of its waters. The Nile is more than enough for all the countries that contribute to it, not only Egypt. It is more than time for equitable share of the Nile and that is what Ethiopia has been asking and working on.  The American president should stop interfering in a matter where he is not invited. Leave the issue to the African Union and the African leaders. No ifs, not buts.  Stay away from our dam.

Whatever the Trump administration does to distract the work of the Grand Ethiopian Renaissance Dam, it will not be successful. Ethiopians will deliver GERD and come out victorious. Trump should know that GERD is a unifier, and any threat or financial sanctions will not deter Ethiopians from their determination to see GERD finalised.