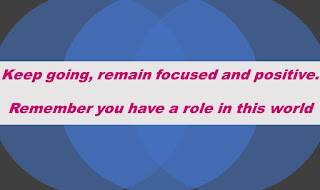 A year from today, there were still journalists in prisons in Ethiopia. A year after there is none. The changes in Ethiopia are unprecedented. To the surprise of the world, Ethiopia brought together people from around the globe for the 2019 World Press Freedom Day that took place from 1-3 May 2019, in Addis Ababa. It was good to be part of the celebrations in Addis.

I grew up in Ethiopia listening mostly to government owned media outlets and reading the likes of Addis Zemen and the Ethiopian Herald. During my days as a student at the Addis Ababa University in late 80s and early 90s, I started to develop interest to write about human rights and the need for freedom of speech and expression. That wasn’t easy then as the country was under the tight leadership of Mengistu Hailemariam, who had no place and patience for dissenting voices. Hence whenever we had the courage to express ourselves freely, we knew what the consequence could be.   I still remember the days we spent in prison in Sendafa for demanding changes and protesting. Yet despite the challenges, we had to keep going; remain focused and positive.

With the change of regime in 1991, a few free press outlets started to come out. For some time, they had the courage to be robust and critical. They also paved ways for airing differing views and opinions.  It didn’t, however, last long. Once again there was no place for critical journalism and dissenting voices. Hence most of the free press suffered from brutal crackdown. After some challenges, free press started to flourish in 2004 in the run up to the General Election that was meant to be a game changer for Ethiopia for a better. Yet the press once again suffered massive crackdown and journalists, blogger, activists and political thinkers were thrown into jails with bogus charges. The kangaroo courts set up by the then regime sentenced many innocent journalists and bloggers to prisons. Still others were in prisons without charges. That was the darkest part of Ethiopia’s press history. The outcry from Ethiopians never stopped. Those in the diaspora kept pressing, writing and informing the world. Those inside the country kept the fight although they knew what the cost of their actions would be. Blogger Befekadu Hailu for instance had been thrown to jail 4 times, but he was never afraid to voice his concerns whenever he was free. We never stopped demanding for their release as well. So good to have met this great son of ours when I was in Addis recently and learn from him. He keeps in inspiring me and many others.

It was also great to have met another wonderful son of Ethiopia, Woubshet Taye, who spent years in prisons in Ethiopia for doing what is honourabe things to do - stick to ethical journalism despite the challenges. Pround of you, Woubshet.
Dr. Abiy Ahmed and press

With the coming to power of Dr. Abiy Ahmed as Prime Minister, Ethiopia opened its doors. Once again there is space for dissenting voices and critical journalism. Political prisoners, journalists, bloggers, activists and all political thinkers who were detained were finally released.  As the Diaspora was encouraged to return home by the PM, there was massive influx. Websites and blogs previously blocked were reopened. Media outlets like ESAT and OMN were allowed to operate in Ethiopia. That was a game changer. But how long will that continue? How much prepared are we to be critical of ourselves in a very responsible way?  As much as we want to see critical, robust and ethical journalism, how much ready are we to take responsibilities for our actions/inactions? There is a lot to ponder on to address the above and many more questions.  Our country and indeed our world need action more today than ever. Action to make the press freer and responsible.

Following the changes in Ethiopia, we have seen growth in the use of social media outlets, especially Facebook. This media outlet has been widely used in Ethiopia and around the world. Unfortunately, the social media is also used to share Fake News, Misinformation, Disinformation and Defamations. This makes many of us concerned as many people could be misled and become targets of these unwanted news and opinions. Hence there is a need for action. A need for education, a need for fact checking practices; a need for responsible journalism and social media usage; a need for ethics; collective need and plans for a better Ethiopia. We should remember that there is no one who is more Ethiopian than others. We all have stake in Ethiopia irrespective of time and place of birth. We all have some contributions to make. We all have duties and responsibilities to assume and discharge.


One might think one is an optimist, but still others will tell one that one is not optimistic enough because they want one to see the world only from their angles. For them it is all about getting what they want now and only now. Whatever the consequences, get it now. This has dangers. It brings polarisation and consequently unhealthy competition. This unhealthy competition could go into attacking freedom of speech and expression, which we cherish now. The competition could go into unwanted arguments, hate and finally the narrowing of the space for decent debates. This worries me a lot. I’m keen to see Press Freedom flourish; Freedom of Speech unrestricted as long as it is in the boundary of legal frameworks, social norms and ethnics. I may not enjoy every speech and expression, but I can’t prohibit every speech for reasons that I don’t like it. Sometimes, some of the writings may offend me, but I also remember that I have the right to be offended. It is all about striking the balance and living well together. Yes, it is vital to keep going; remain focused and with positive attitudes. After all we are in this world only once and only for a very short time. We can only have time for LOVE. Because love matters most and it is natural.

I for once am for a decent, fact based and logical debates. A debate of the 21st century!