Coup in the Sudan – what does it mean for Ethiopia? 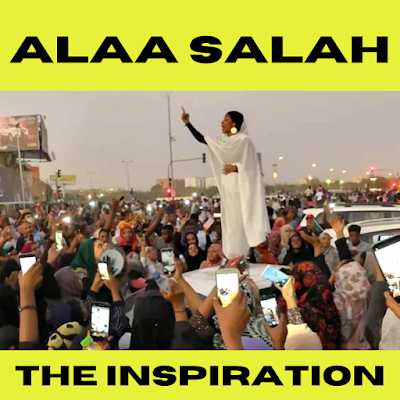 Late 2018 and early 2019 was monumental for Sudan. The people of Sudan were defiant in their persistent struggles for change. Their struggles to bring change was mostly led by young people and women. We remember the iconic Alaa Salah, whose photo went viral globally. She was just inspirational.

Following the removal of long-time dictator Omar Al Bashir, Ethiopia supported the people of Sudan as they worked on their transition. Ethiopia indeed played a significant role in those days. The people of Sudan had hopes and aspirations. Civil society started to flourish. There were many positive developments.  Young people and women, who were very instrumental in bringing down Al Bashir were confident Sudan was on the right track.

Yet things have been complicated for over a year now. The Sudanese leadership was unpredictable. Sudan's stand on the Grand Ethiopian Renaissance Dam (GERD) was very confusing and unethical. At times Sudan was not defending its own interests and was not ready to compromise despite calls from concerned Sudanese intellectuals. It was  rather acting to satisfy the demands of Egypt, which was very unfortunate for Sudan. To make Sudan’s relationship with Ethiopia even worse and complicate things further, Sudan has been accused of supporting TPLF terrorist group that is waging war on Ethiopia, an important strategic neighbour of the Sudan. In short Sudan’s policy on Ethiopia was very confused depending on the civil or military leadership. Initially it sounded that Sudan’s civil government led by Prime Minister Abdalla Hamdok wanted to work with Ethiopia constructively, although it had challenges from the military, which has strong ties with Egypt.

The past one year therefore has been a challenge for Sudan’s Prime Minister, who was going through lots of pressure not only internally but also from western powers, especially the United Sates. USAID’s administrator Samantha Power was one of those putting undue pressure on Sudan and pushing it to the edge. For Administrator Power, it was all about getting what she wanted to achieve, not about Sudan’s strategic interest. It was about the Humanitarianism pretext and demanding changes at a pace Sudan was not able to cope with.

October 2021 was full of protests and unpredictability for Sudan. It is to be recalled Mr. Jeffrey Feltman, United States special Envoy for the Horn of Africa has been in the Sudan twice in a month time. Mr. Feltman who is not trusted by many in the Horn Of Africa had just departed the Sudan, when the military deposed the Civil government of Prime Minister Hamdok.  To make it even worse, the military has now declared state of Emergency and once again showed that it is not ready to hand over power to a civilian led government.  The hopes of those who sacrificed a lot in 2018 and 2019 and most recently are still on the air.

What does this change mean for Ethiopia?

The relationship between Ethiopia and Sudan has been very fragile for over a year now. Ethiopia and Sudan have yet to work on their boarder disputes, especially that of al-Fashaga. That would undoubtedly take time and patience to resolve. Ethiopia also wants Sudan to stop offering shelter to TPLF fighters, who fled to Sudan but have been training in the Sudan and trying to return to Ethiopia to join the TPLF terrorist group. Ethiopia is keen to see positive cooperation and a win-win situation on the stalled negotiation of the GERD. Ethiopia is keen to see a stable and prosperous Sudan that is ready to work with its neighbours constructively. That is why the Ethiopian Foreign Ministry Issued a statement following the coup in the Sudan.

Statement of the Government of #Ethiopia on the Current Situation in the #Sudan pic.twitter.com/gxbSIIElp2

In the meantime, Ethiopia has to be cautious and follow the situation in the Sudan very closely, whilst preparing itself for every eventuality. One thing is for sure, a strong and united Ethiopia is vital for the stability of the region as Ethiopia is an anchor country. That is what western powers ignore intentionally and support all those against Ethiopia.

Ethiopia could play vital roles as in the 2019 negotiation between the military and civil society if the need arises once again.

See how Prime Minister Abiy Ahmed was hailed for brokering the Sudan deal in 2019.

#Ethiopia supported the people of Sudan as they worked on their transition. It played a significant role. That is why we say a strong & united Ethiopia is vital for the stability of the region as an anchor country.

See how PM #AbiyAhmed was hailed for brokering the Sudan deal👇🏾 pic.twitter.com/WC0YeelWvi