Farwell to The Towering figure of Community Organising

“If you are a player, you make change happen. If you are an observer, you watch it happen.” – Neil Jameson CBE, Executive Director of Citizens UK 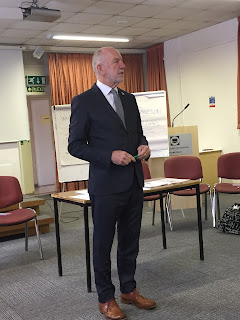 I am in a mixed feeling as I write this piece to pay tribute to Neil Jameson, one of the best human beings I have ever met in my life. Sad that he is stepping back from the organising work he has been doing for over 30 years. Sad that relational person, one of the kindest folks you can ever meet will not be around when you go to the office. Sad that the man who is not only the founder, Executive Director of Citizens UK and the most senior community organiser in the country, but also a good friend to all the staff members has decided to step back. Yes, Neil is stepping back, as he wants to call it, as of 1st September 2018.  But I am glad that he will have more time to support the work of our new and young foundation, Sponsor Refugees and the wider Community Sponsorship movement. I will have more of Neil’s time to hear from his bank of stories and get even more inspired.

I met Neil over 10 years ago. Then I was a stranger. Someone stuck in the immigration system.  Waiting and waiting and waiting. Those days were challenging for me in life, but I wasn’t alone. There were a lot of people that were stuck in the system and waiting for decisions from the home office. That was when we had the Strangers into Citizens campaign that was led by the then Citizen Organising Foundation. A campaign that changed the lives of many, but not talked about that much.

I was thus given opportunity to join the National Residential training that took place from 10th – 14th March 2008 at Chigwell Convent in East London. I was invited to the training by Jonathan Cox, who is now Deputy Director of Citizens UK. He was then the Co-ordinator of The Independent Asylum Commission. That training changed my life for ever. That was a turning point for me. Prior to that training, my campaigns were not that organised.  I was rather a lone wolf who often took time to write about the human rights situation in Ethiopia and on issues related to asylum, immigration and the need for democracy in Africa. A bit disorganised. That was then. 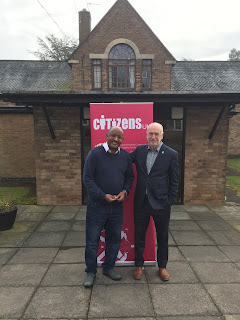 In March 2011, I joined Citizens UK as a Community Organiser. This rewarding job brings me in touch with people from across the world who relentlessly work hard to change the world. I have gone from being a detainee at Harmondsworth detention centre to spending time at Harvard Kennedy School, Harvard University studying Global Change and Leadership. In 2017 Neil encouraged me to put in application for Churchill Fellowship. After lots of contemplation, I decided to go for it. Luckily I made it and became one of the 2018 Churchill Fellows and have since traveled to Canada to do research as a fellow. All this wouldn’t have happened had it not been for Citizens UK, its founder and Executive Director, Neil Jameson. I am so grateful and will remain so.

Kudos to you Neil. Thank you for all you have done for me and many others and for your dedication and unwavering commitment for social justice. The world is a better place because of people like you.

EU is getting it wrong on Ethiopia- it is regrettable

I was a great fan of the European Union; great admirer of the system. I believed it was an institution that was for fairness, genuine human ...